I had the opportunity to spend two days in England (Birmingham) to participate in the UKOUG 2012. My first day was the Middleware sunday. This event is related to technical content and feedback for WebLogic administrators. It was an interesting day with useful feedback related to Oracle WebLogic.

This Sunday middleware agenda event was as follows:

The aim of this blog is to let you know what I have learned and have been able to test since the UKOUG2012 conference was held using the collected information.

In this session, Simon Haslam talked about easeSyntax usage. He provided some usage examples and showed how it can help to be more comfortable with WLST command like UNIX command line environment.

I tested the usage of easeSyntax command. It is very useful to browse MBean properties as if you are in a Unix command line. After typing easeSyntax we can use ls, cd, pwd and wlst command without parenthesis. 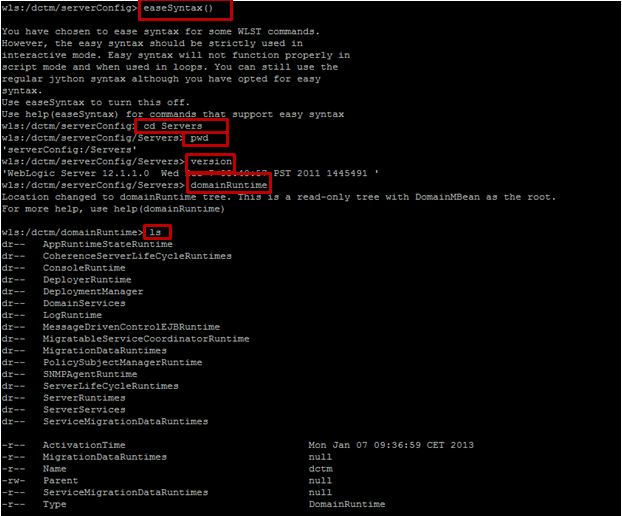 I also tested the execfile instruction which enables the execution of an external jython file.
Another thing that I would like to write about in this blog posting is the ability to parse parameter values in a WLST script with sys.argv[n]. You need to import sys to use it in the script. With that, you can add parameter as follow to use them in the script

In this session, there was a quick overview of JMX. After that, the presenter, Mr Frank Munz, focused on the RESTful integration to easily request MBeans property via http protocol.  All MBeans properties are not yet available via RESTFul capability but will come in further version.

Just think to the multiple possiblities with only one browser and AJAX. I tested it. This is very simple, portable and can be integrated in any web application. No Java needed 😉

For JVM tuning, the two best of bread JVM (Sun and Oracle) are merging their capacity. JRockit in version 7 will not be released. It would be merged into one Oracle Java jdk including all features of JRockit. This change has been done from Java version 7 available on Oracle web site. Of course, some commercial features need to be licensed…

To conclude this middleware sunday, Oracle WebLogic 12c has made a big Jump, massive changes (200 new features) from the older version that have to be tested to see possible practical advantages.

My second and last day was interesting too, it was a session on WebLogic Performance Tunning: Tales and techniques from the Field. This session covered jvm analysis for performance tuning. Steve Millidge showed us interesting command line utilities such as jcmd (sun Hotspot) and jrcmd (Jrockit). I tested their usage and, indeed, these tools are very usefull to monitor the JVM.

I had the possibility to learn lots of interesting and useful stuff during these UKOUG 2012 sessions, so I hope I will have the opportunity to be present the next year! 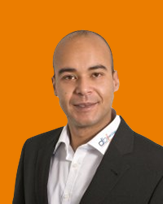 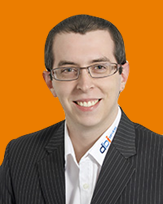 Documentum – ACS not starting because of ActiveMQ on the MethodServer