My Linux experience started back in 1999 when we needed a router for our ISDN connection in our shared apartment when we were students. I don’t remember the hardware we used for that but I am sure at that time it was a SUSE operating system. Not sure about the version, but based on this it must have been version 4 something or 5 something. The KDE desktop environment looked liked this in version 1 which was released July 12, 1998. 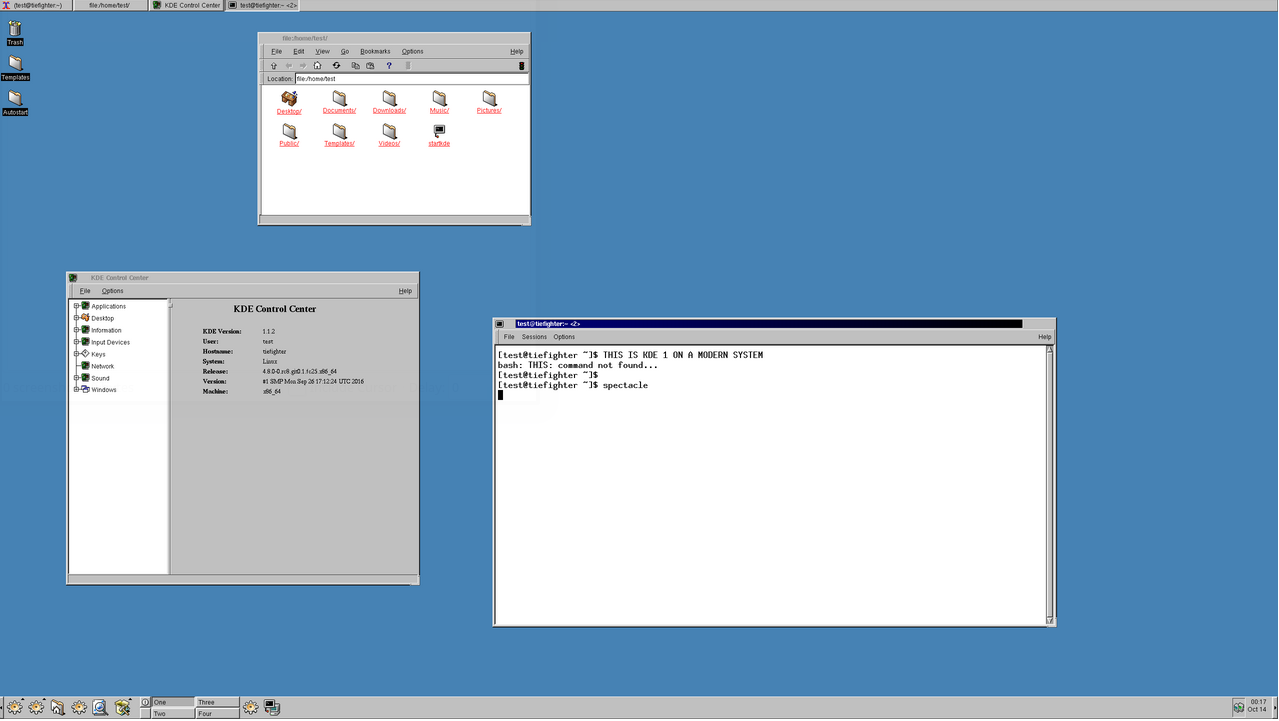 At the company I worked at that time we had no choice and Windows was the only platform available. When I moved to the next company in 2002 it was the same situation: Having all the infrastructure based on Microsoft products (Active directory, Outlook, Office … ) it was nearly impossible to switch to Linux on the desktop. So my Linux experience focused on server platforms (SUSE as well at that time) and mainly in combination with Oracle databases. It was then when I had my first experiences with Oracle RAC 9.x on SUSE. Believe or not: SUSE already had a rpm which installed all dependencies you need for Oracle in the Oracle 9i ages. As far as I know Oracle came up with that for Oracle Linux years later. I did some experiments with Linux on my personal workstation but because of the non availability of games and everyone used Windows it was not more than playing around.

Things started to change when I moved on the next company in 2007. All was based on Microsoft as well but we had several terminal servers mainly used for VPN. But that opened doors for Linux on the Desktop. As the terminal servers had the complete Microsoft Office package installed I could use them for all the Word, Excel, Outlook stuff but use Linux on my notebook. The only bits I had to figure out were:

What worked really well was freerdp. Using an alias like this:

… I could easily connect to the terminal server, use the clipboard to copy/paste into and out of the terminal server session and have a shared drive I could use for exchanging files. For all the other stuff we needed to work on that time (we had site to site VPN connections to our customers) I could use my Linux Desktop. All the Oracle stuff was mainly based on Solaris 9 and 10 so defining aliases for all the connections I required and exchanging my public ssh key brought a great speed up compared to my colleagues that worked with putty on Windows. Later on all the Solaris machines have been replaced with RedHat but that did not change my way of working.

Maybe the biggest issue was to find the distribution that worked for me. I tried openSUSE, Fedora and pure Debian. Nothing made me really happy as I didn’t want to compile software from source or add additional software repositories just to have the basic things working: Music, Video, Flash and so on. For a desktop things have to work out of the box, at least for me. I never really liked Ubuntu but I think this was mainly because of the Unity desktop. I know you can have Ubuntu with various other desktops but somehow I did not consider them. Then I came across Linux Mint (Maya, 2012) and I must say this is one of the best distributions out there. Everything just worked out of the box and the Cinnamon desktop is really great: 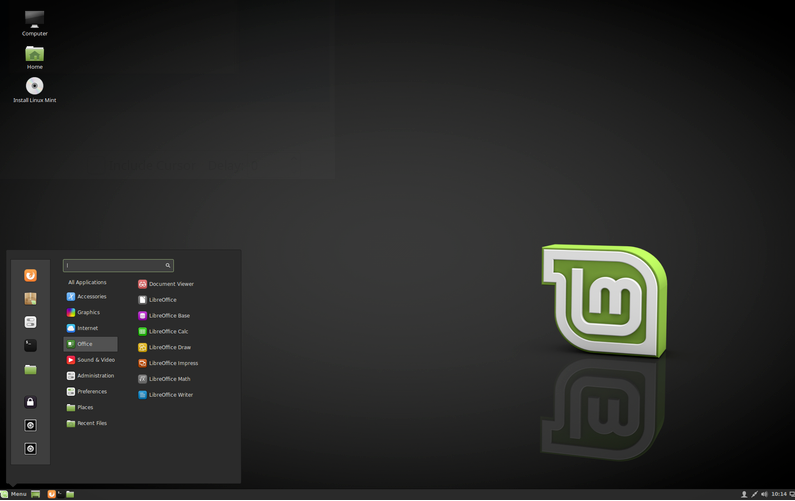 I was really happy with that for next one or two years until I re-installed Linux Mint but this time with the KDE desktop, maybe just to see how it evolved over time. There were big discussion when the KDE project switched from version three: 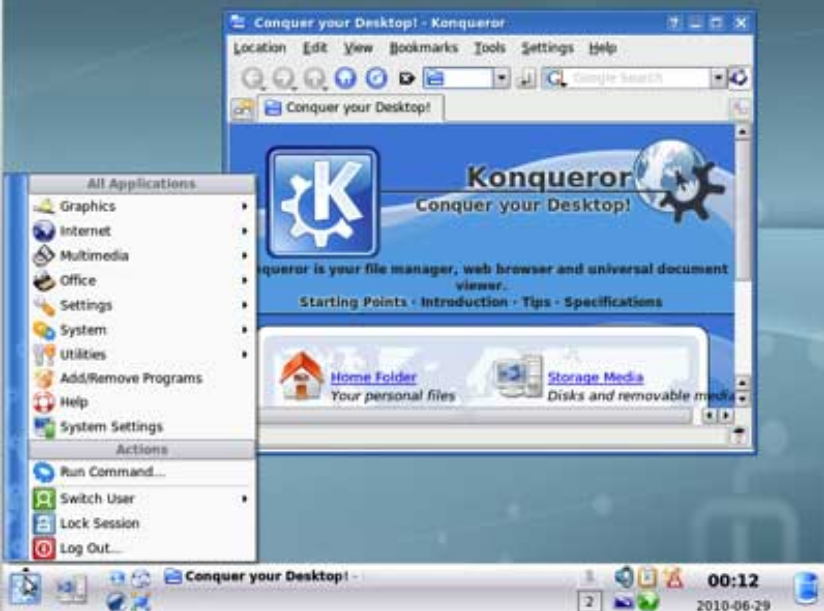 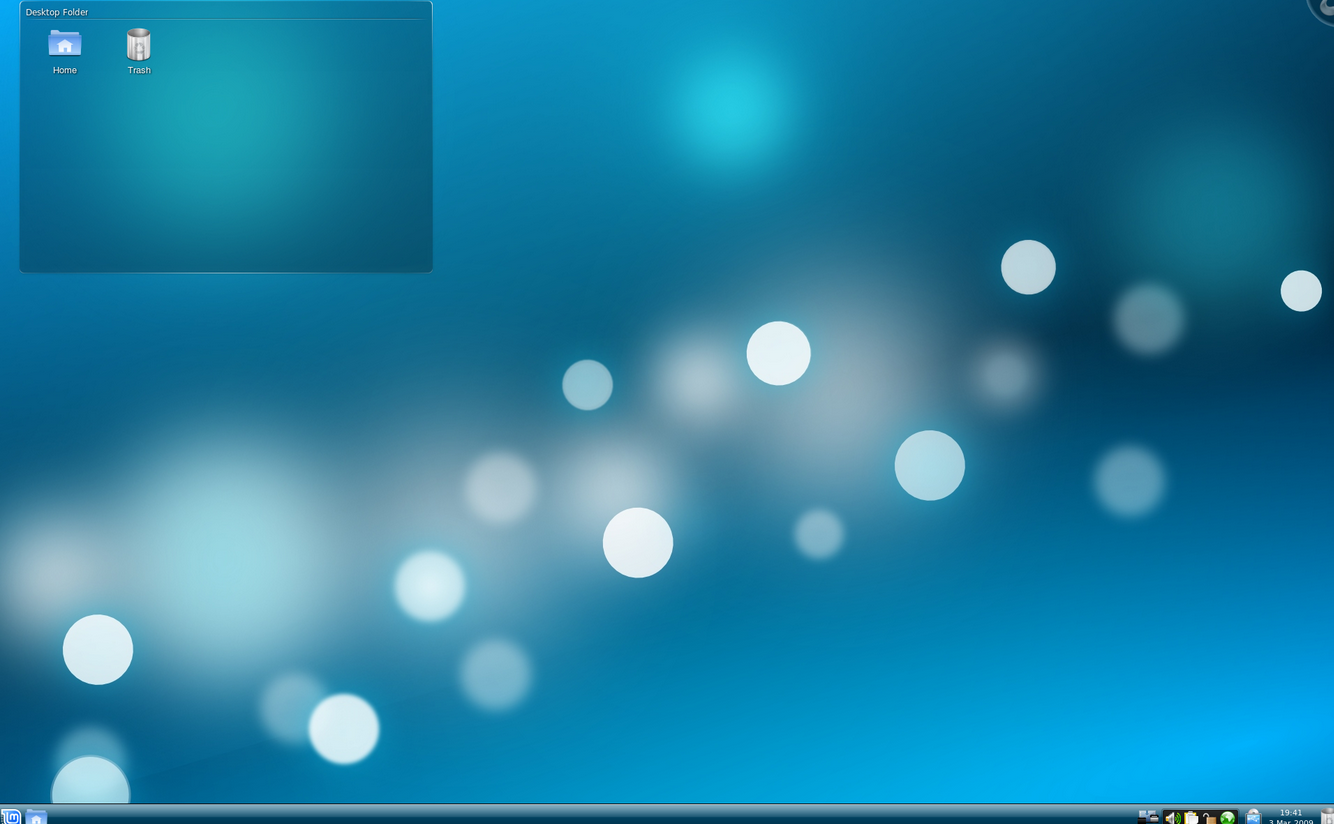 … and I really was interested how the product looked and how it feels. Starting then, KDE is what I really love and use every day. It comes with a powerful editor called Kate, and that is essential for me. Beside vim this is one of the best editors I’ve ever used. But then, the Linux Mint project decided to drop the KDE edition and I again I had to search for a stable KDE distribution. I tried Kubuntu, Manjaro, the KDE spin of Fedora and just a few weeks ago I gave GNOME a try with Fedora Workstation. Finally I switched to KDE neon and I am quite happy with it. This is how my desktop looks today: 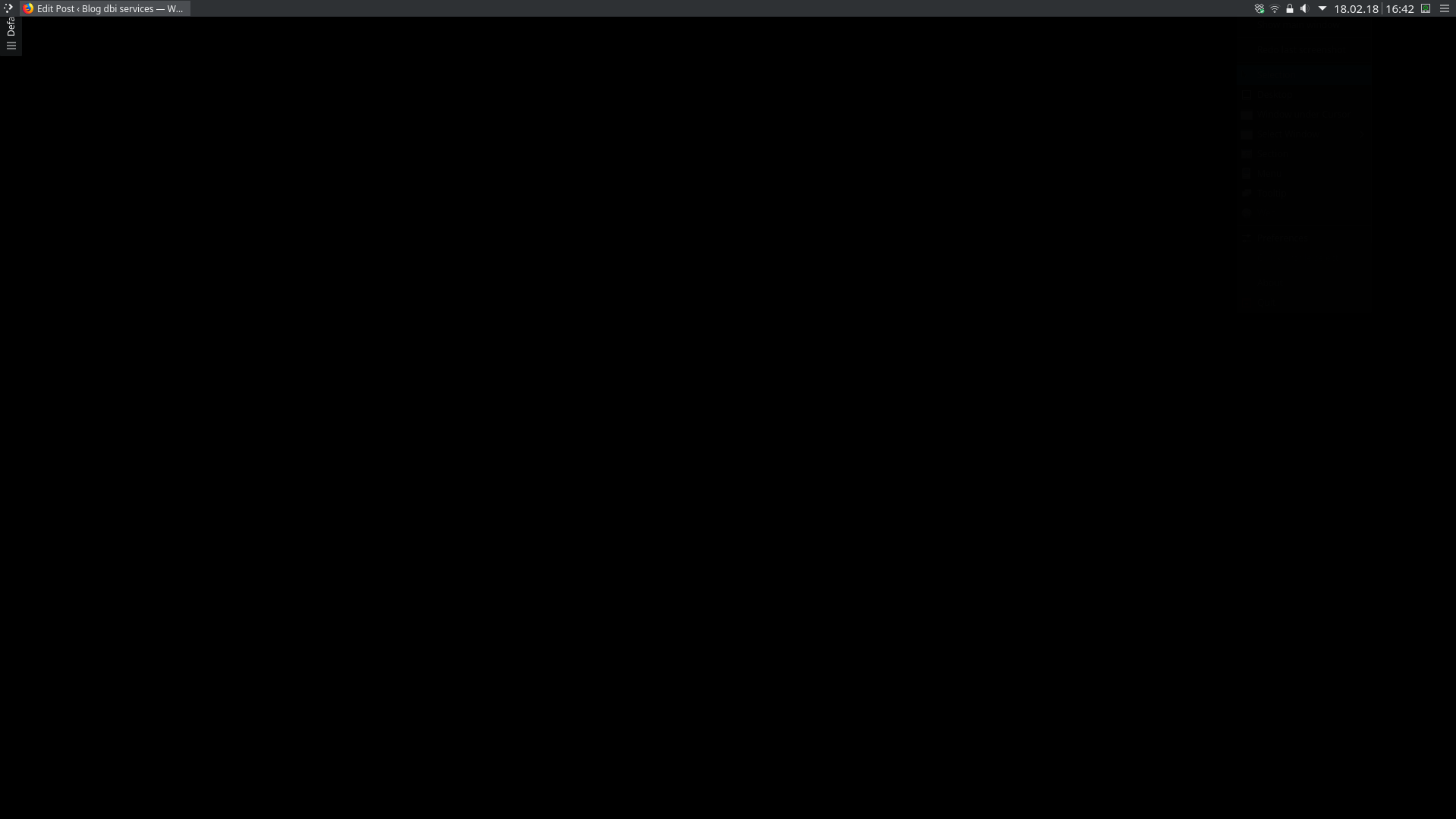 Not much on it, you might think, but I feel there is no need for that. On KDE you can do almost anything with the keyboard and all I need is Krunner. ALT-F2 brings it up by default and from there you can start whatever you want, no need to use the mouse for that. Define a bunch of custom keyboard shortcuts, all the aliases required, configure Dolphin the way I like it(especially the places), install terminator and the Desktop is ready. For running Microsoft Office CrossOver Linux works fine for me.

Almost all the applications required are available for Linux today but there are still a few trade-offs. I still need a Windows VM for some stuff (mainly VPN clients to connect to customers which are only available for Windows). But the most important point is that the company you work for has an environment you can work with Linux. As more and more stuff is web based today this is becoming easier and easier but still you can mostly not use Linux in big companies as it is just not supported. Some companies switch to Apple products but I never really considered that for myself. What I recommend from my personal experience: Use something that is either based on Debian (Ubuntu, Mint, …) or rpm based (RedHat, CentOS, SUSE, …). A lot of software is either available as rpm or deb, but nothing else. For a desktop things must just work out of the box.

The good thing with Linux and all the available desktops on top of it: You have plenty of products to choose from. Maybe it takes years until you find the right one for you but I am sure there is something which fits your needs.