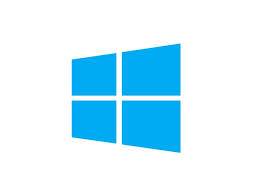 The first technical preview of the future version of Windows Server was, since last October, available (here) and a second one with more new features should be available in May.
The final version which should be normally released in 2015 has been recently postponed to 2016. It will be the first time that the client and server releases will be decoupled.

This new version of Windows Server will include:

According to Microsoft employee, Jeffrey Snover, the next version of Windows Server has been deeply refactoring to really build a Cloud-optimized server! A server which is deeply refactored for a cloud scenario.

The goal is to scope out my needs in order to use only the required components.

On top of this Cloud-Optimized server, the server will be build, the same server that we have for the moment, compatible with that we have but with two application profiles:

Microsoft works also to further clarify the difference between Server and Client to avoid making a mix between client APIs and server APIs for example.

We will have two flavors of compute containers:

The goal of Docker is to embed an application into a virtual container. Application via the container will be able to be executed without any problem on Windows or Linux servers. This technology will facilitate the deployment of application and is offered as Open Source under apache license by an American company called Docker.

A container is very lightweight as it does not contain its own operation system. In fact, it will use the host machine in order to achieve all of the system calls.

Migration of Docker containers will be easier as their weight are small.

The bigger clouds providers like Amazon on AWS, Microsoft on Azure, Google on Google Compute, have already integrated this new technology… Dealing with Docker containers give the possibility to migrate from one cloud to another one easily.

In addition, the Docker container technology which will come with Windows Server 2016 will be part of a set of application deployment services, called Nano Server.

According to an internal presentation of WZor published by Microsoft, Nano Server is presented as “The future of Windows Server”.

Nano Server will be a zero-footprint model, server roles and optional features will reside outside of it. No binaries or metadata in the image, it will be just standalone packages.

The goal will be also to change the mentality of servers management. Tend towards remote management and process automation via Core PowerShell and WMI. In order to facilitate remote management, local tools like Task manager, Registry editor, Event viewer… will be replaced by web-based tools and accessible via a remote connection.

This new solution will be integrated also in Visual Studio.

In conclusion, WZor summarized Nano Server as “a nucleus of next-gen cloud infrastructure and applications”. This shows the direction that Microsoft wants to give to Windows Server 2016: even better integration to the cloud, optimization for new distributed applications and management facilitation.