Today was the real beginning of the TechEd with several sessions in parallel. So let’s have a look to what the program was… 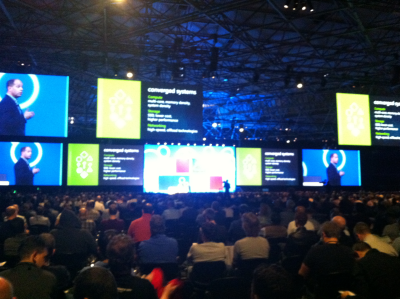 This keynote was an overview of 2 themes:

This introduction included great demos such as Windows Server 2012 with a performance measure, based on 1000000+ I/O per second and the power of Extensible Switch.
I have retained one good sentence: “Data is King, Knowledge is King” and I’m complete agree with this!:roll:
Then after this starter, I focused my TechEd day between 2 principle technologies:

The first session I attended to was about an overview of SQL 2012.

In regards of the hands-on I already made on SQL Server 2012 and the information I already grab about it, I didn’t lean that much new about the product itself. However I will present you the principle of “The Fantastic 12 of 2012”: 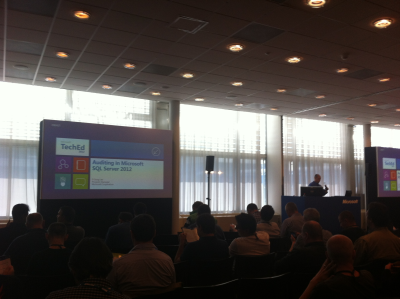 Very interesting session but it’s a oftenly covered subject. Here just a summary of the most important enhancements:

Now, let’s get an eye on Windows Server 2012 and in particular Hyper-V 2012. What’s news in this version, why and how can I advise my customers to install it?

That was the questions I had when I went to the session on Windows Server 2012 overview…
Here the answers, 3 reasons for the “Why”:

It’s a metro style for the server manager and a good dashboard to manage all servers. On free labs, I play with it and took some pictures 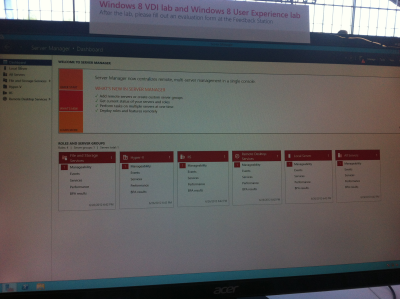 The task manager has changed… Seing the CPU & RAM for a user or a app is pretty funny! 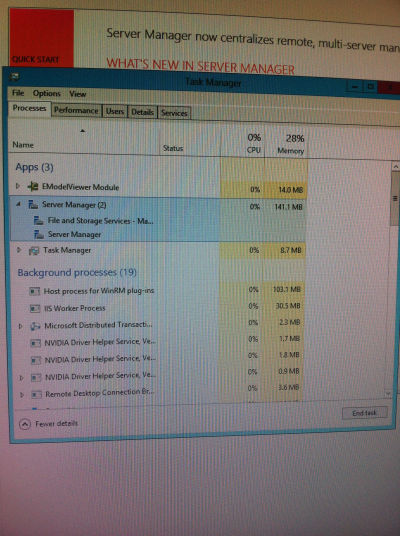 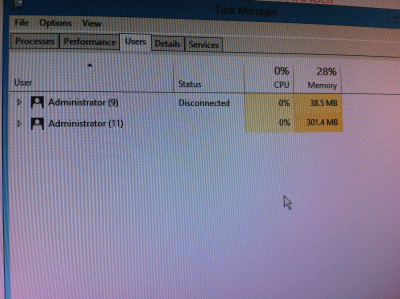 GUI is a role and you can switch between core and GUI version easily.

A few months ago, I presented the new Hyper-V (See here) even if it wasn’t already named like that.
I will just give you my return about Virtual Machine Mobility.

Live Migration is very easy to use. But be careful when you choose the move option with the three possibilities and then perform the move. It’s done in a few minutes and seems magic!

It’s the end of the day

So finally we arrived on the end of my first day with already pretty much new information, new features & demos.
Hope that I wont get a “buffer overflow” during the next days… 🙄
No! Just play a bit with some fighting robots get you all set for the next days… 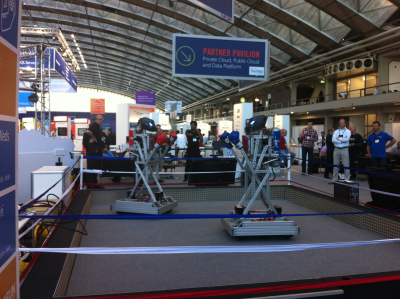