Which issues are covered by this CU6?

It is a small CU, it contains only 23 Hotfixes, mainly for the Engine and Analysis Services: 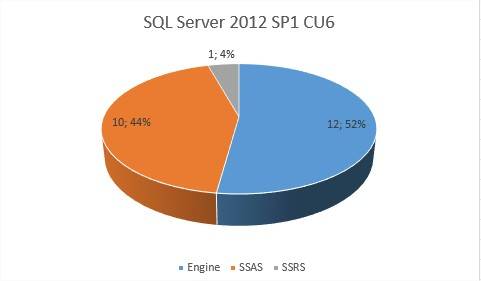 If you want more details or informations about these hotfixes, please click here.

The build number of this Sixth Cumulative Update is 11.00.3381.
Let’s resume the different versions of SQL Server 2012 we have for the moment:

On the same date, a Cumulative Update has been also published by Microsoft for SQL Server 2008 SP3. It is the 13th (CU13). You can have a look at it here.