Which issues are covered by this CU5? 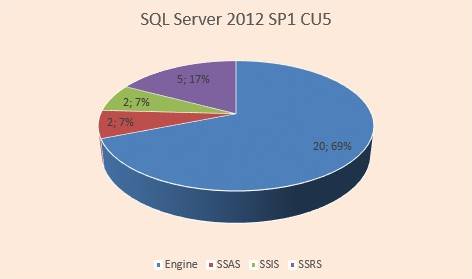 If you want more information and/or details about these Hotfixes, click here.

The build number of this Fifth Cumulative Update is 11.00.3373.
Let’s resume the different versions of SQL Server 2012 we have for the moment:

On the same time, a Cumulative Update has also been published by Microsoft for SQL Server 2008 SP3. It is the 12th (CU12). You can have a look at it here.