SQL Server 2008 has PowerShell and I am going to speak about the way they work together. However, some basics on PowerShell are needed to get the big picture. So let’s start with an introduction to the PowerShell technology.

During the Microsoft Techdays in Basel, Marc van Orsouw presented PowerShell. I would like to present you an overview of PowerShell based on his presentation while adding some microsoft msdn website definition and my commentar.

Windows PowerShell is an extensible command-line shell and associated scripting language from Microsoft. It is not case sensitive.

Sets of cmdlets may be combined together in scripts, executables (which are standalone applications), or by instantiating regular .NET classes (or WMI/COM Objects).

This works by accessing data in different data stores, like the filesystem or registry, which are made available to the PowerShell runtime via Windows PowerShell providers.

The first step: your rights

Before running any script, you must change your policies while default is restricted.
To see your current policy : Get-ExecutionPolicy

There are four policies:

To use scripts, you must set the policy to RemoteSigned:

The four most important commands :

Example of a command help: Get-Help about_* –> get the list of about functions 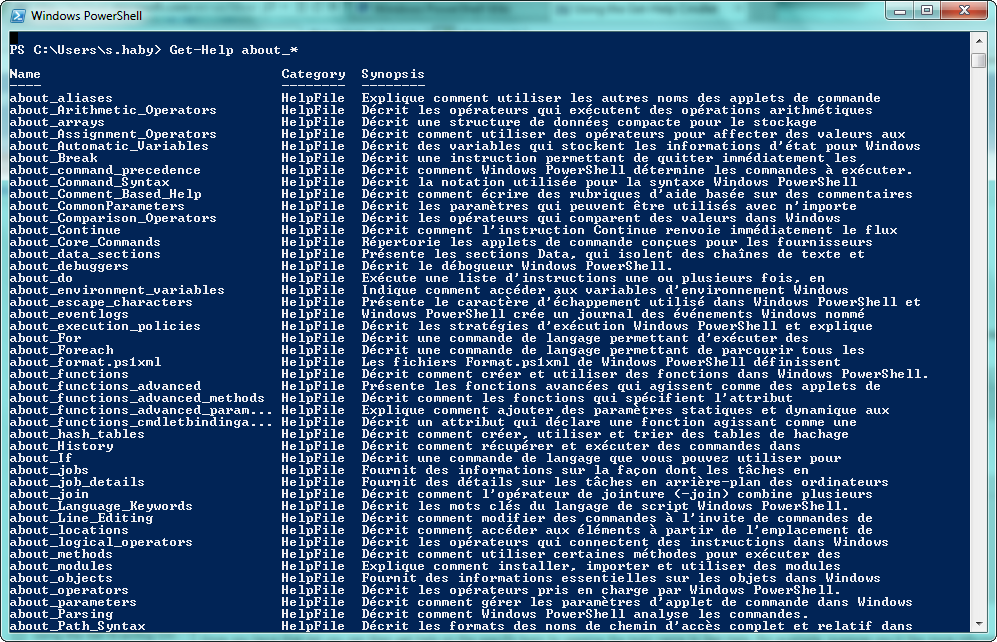 Example of conceptual help: Get-Help Get-Command –> Get the information of the Get-Command 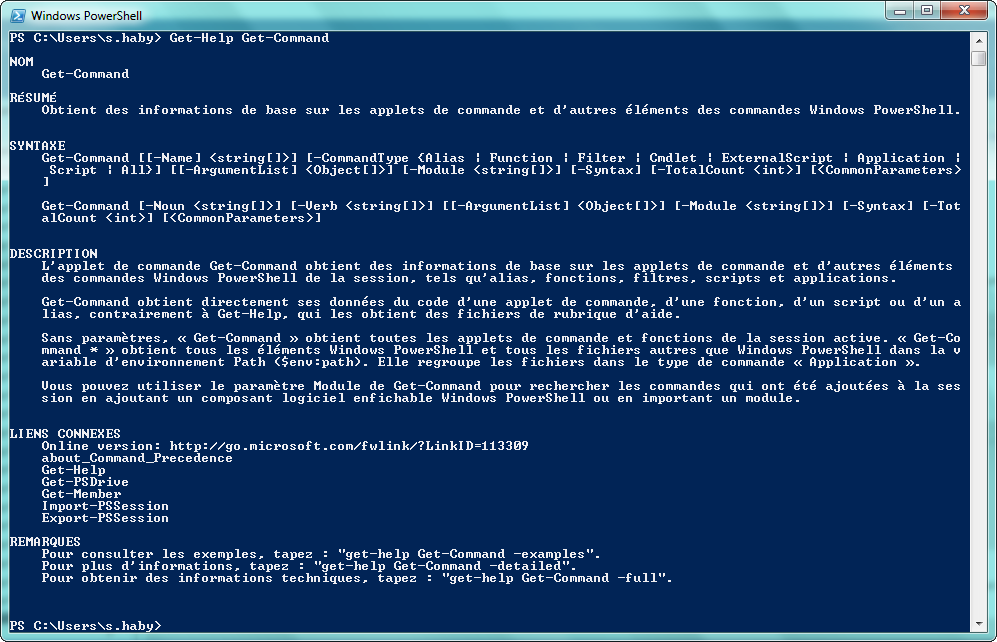 Get-Command has an alias: gcm (but best practice is not to use it in script) 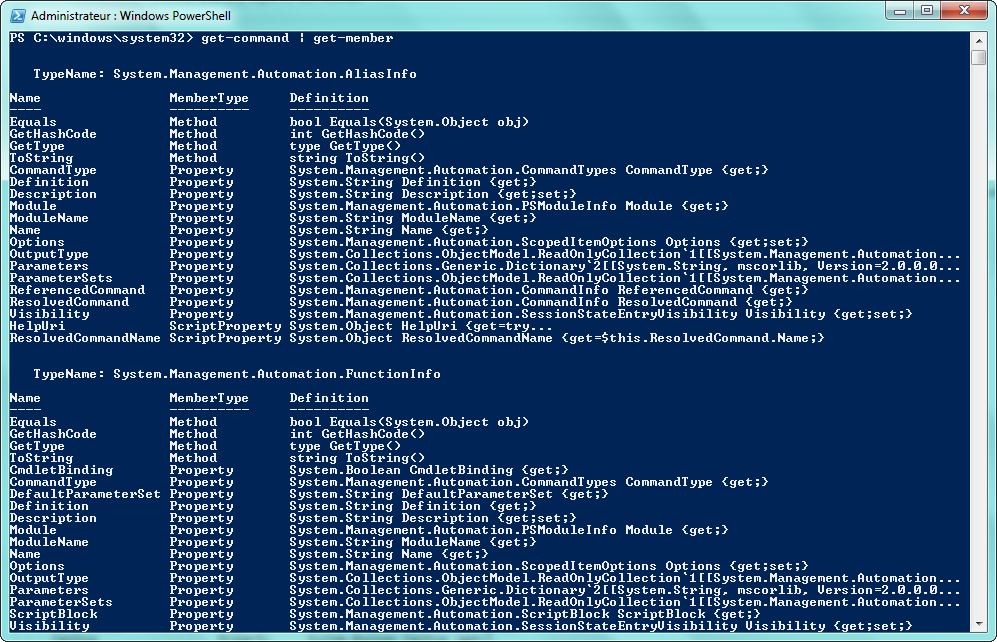 You can group the member by categories like Verb or Group:

A popular example to see the possibilities of a string: 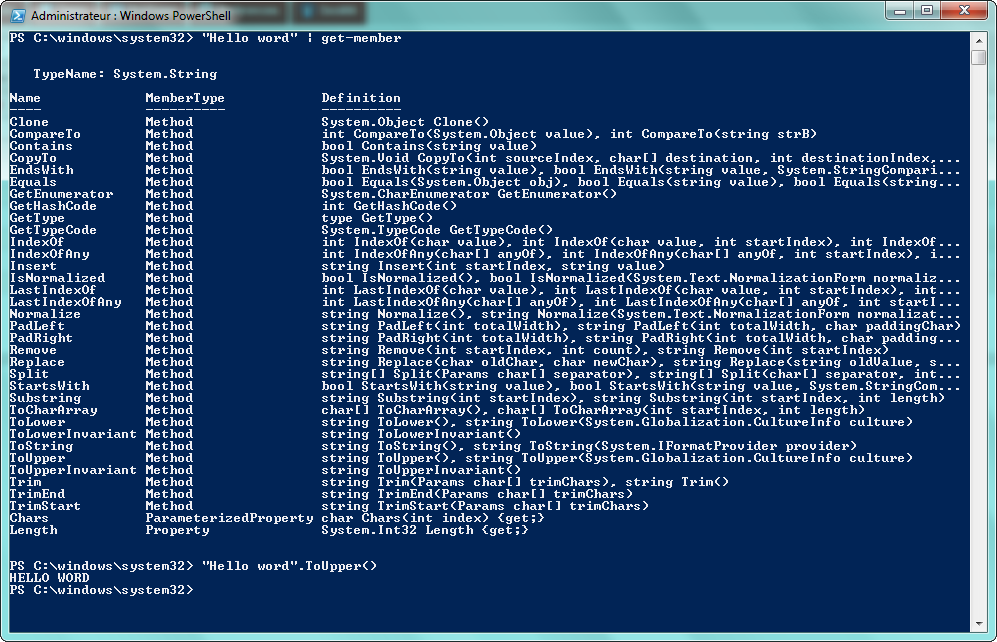 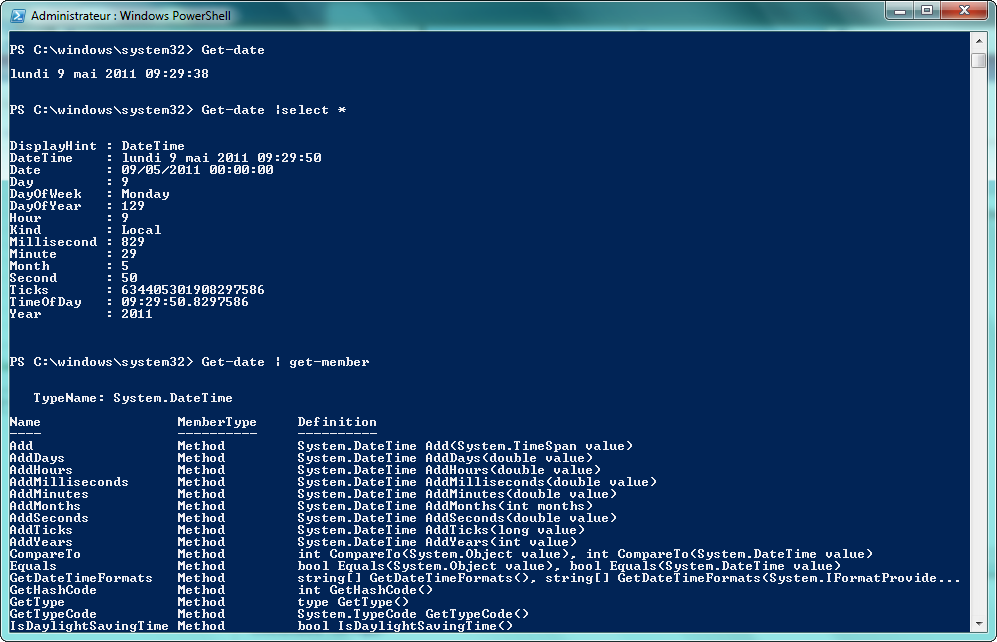 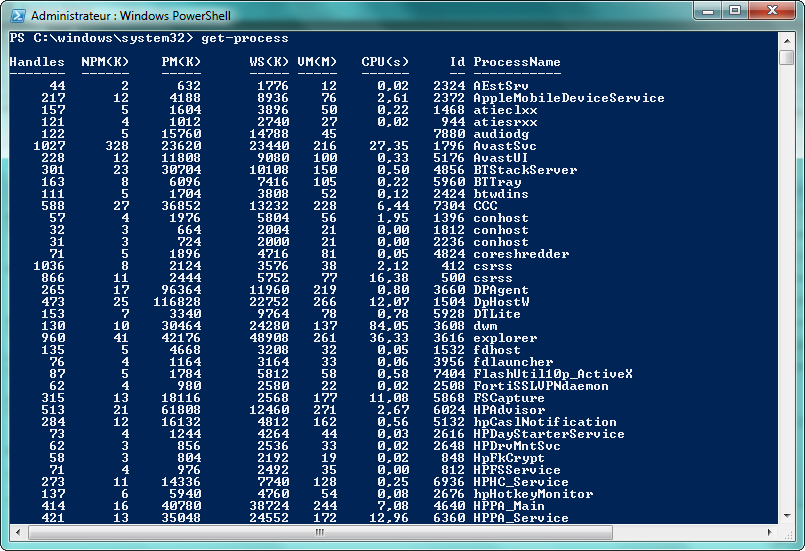 Another example for get-process to see the version for a process:

How the operators work:

The first step is to see the existing operator : Get-help operator 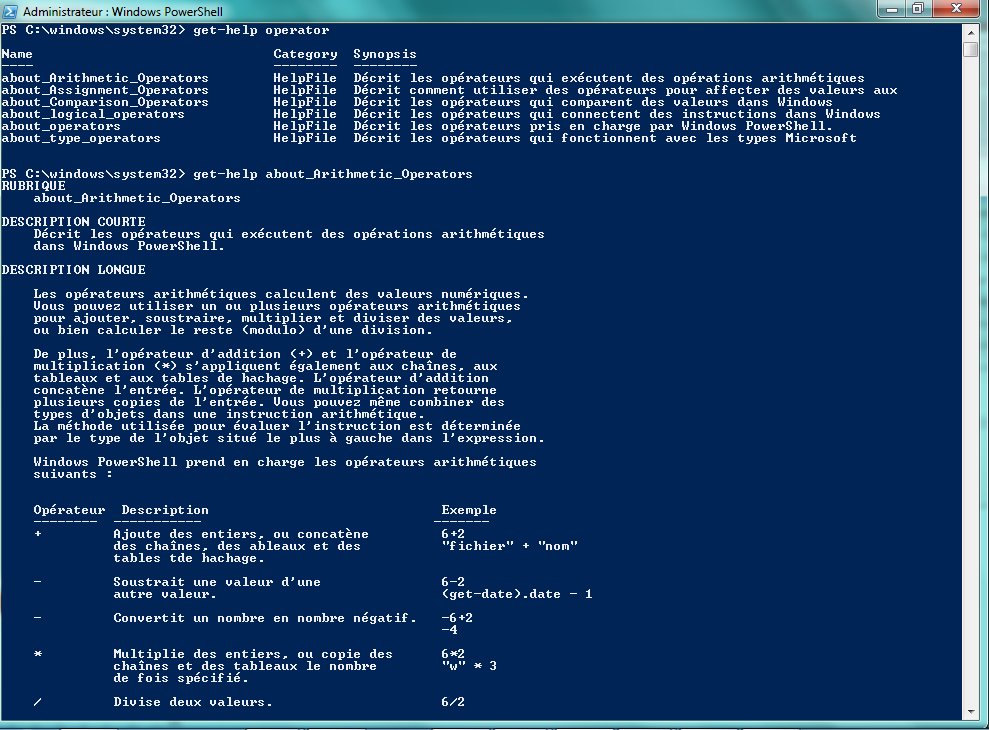 There are four types of operators:

A variable requires a $ (dollar sign) to be identified as a variable.
To display the value of a variable, you simplyneed to type the name of the variable and PowerShell kindly returns the content.
An example:

Selecting one of the PowerShell drives is easy. It is almost like in MS-DOS!

You can use the same commands as you would do in MS-DOS, such as CD, DIR, MKDIR, etc.
Example: to get a certain property for a registry key, (or a regular folder for that matter) you
can use the Get-ItemProperty cmdlet:

A module is a package that contains Windows PowerShell commands such as cmdlets, providers, functions, variables, and aliases.

Get-Module: see the modules that have been imported or that can be imported during the current session:

You can find many modules on the codeplex site.

To import modules, use import-module. A very nice module is Poshcode.

And finally: PowerShell and SQL Server 2008 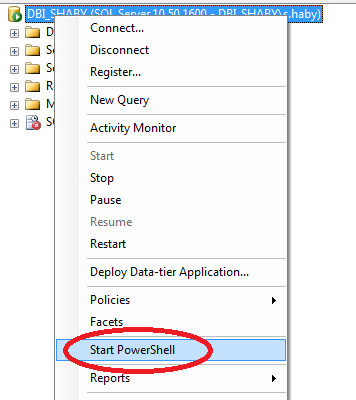 What does SQL Server PowerShell feature (based on Michiel Wories Blog):

Another more complete article about SQL Server Powershell and how it is working is comming soon….