.
A question that I had several times: in Enterprise Manager, in the screen about one SQL statement, the ‘statistics’ tab shows the number of executions, elapsed time, etc. Question is: which time window does it cover? There is a one hour chart above, and two timestamps displayed as ‘First Load Time’ and ‘Last load Time’, and we don’t know which one is related with the execution statistics numbers. I’ll explain it clearly on an example.

I’ll check a query I have on my system which has several cursors, with two different execution plans. And I check from V$SQL because here is where is the most detailed information, and columns are well documented.

It’s clear that because V$SQL show information about child cursors, the FIRST_LOAD_TIME will be the same for all children.

Time to look at the Enterprise Manager screen.
I’m talking about the ‘Real Time’  statistics: 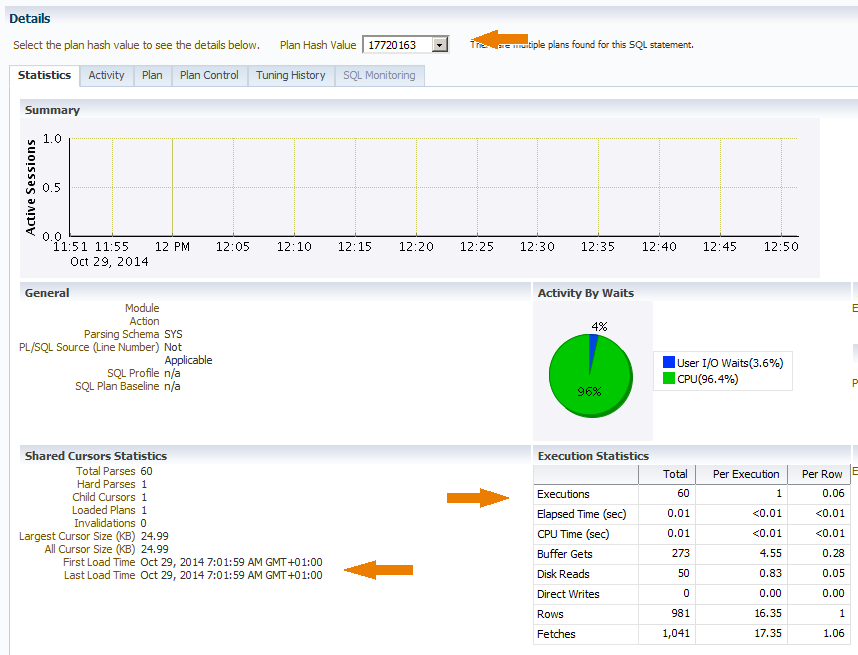 Ok. So we have 60 executions here. This matches the line in V$SQL. And we know that is it 60 executions since 07:01:59 because both timestamps are the same. No doubt here.
Then, let’s select the other plan hash value from the popup: 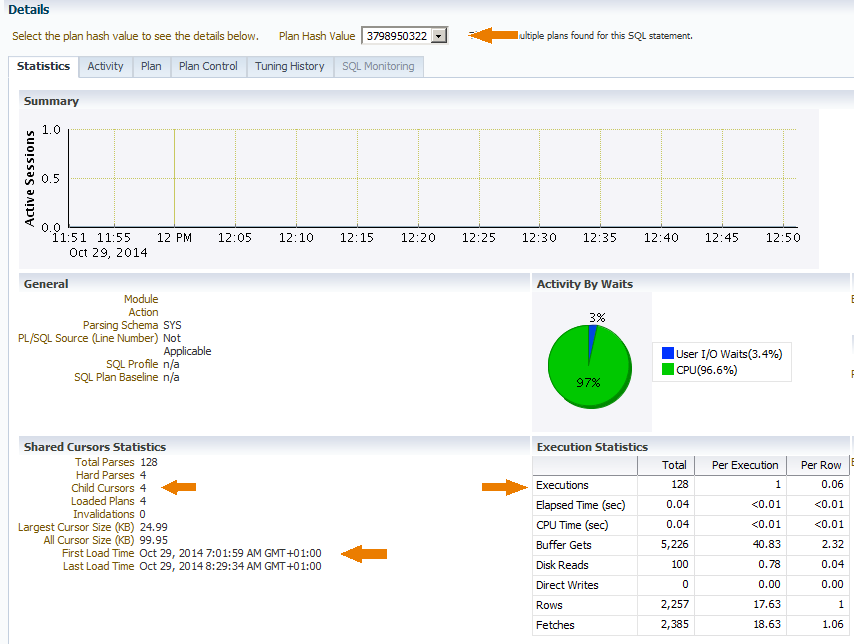 128 executions for this plan. This is what we had when summing the lines from V$SQL. And look at the Shared Cursor Statistics. The number of ‘Child Cursors’ is 4 which is what we know. The ‘First Load Time’ is the one of the parent.
However, what is the ‘Last Load Time’ when we know that there are 4 different values in V$SQL for it? Look, they choose the latest one, 08:29:34, and that’s a good choice according to the name. It’s the last load time.
But what I want to know is the time from which the 128 executions are counted. And that should be the earliest one. In my example, we know from V$SQL what we had 128 executions since 07:03:49 but that timestamp is not displayed here.
If you want a date, you should take the ‘First Load time’ because it’s true that there were 128 executions of cursors with that plan hash value since 07:01:59
Sometimes the first load time is very old and it would be better to have the MIN(LAST_LOAD_TIME). But anyway if we want better time detail, we can choose the ‘Historical’ view instead of the ‘Real Time’ one and we have the numbers related with the AWR snapshots.
Here is an example for the cursor with plan hash value 17720163: 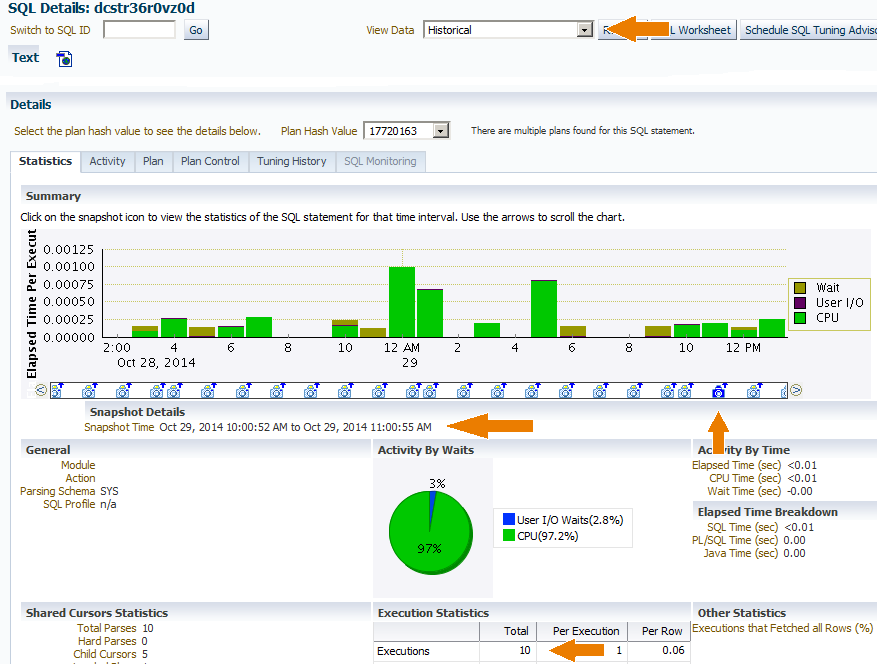 From the historical view, we select a timestamp, we see the begin and end timestamps. Here I have 10 executions per hour.
Everything looks good there, except that ‘Child Cursors’ is 5, which is for the whole statement and not only for the cursors selected by the plan hash value.
Then I’ve two conclusions: