If you never heard of it, Pester is a PowerShell module, written in PowerShell.
It’s a framework for writing and running unit tests, integration tests, and also infrastructure checks as we will see in a moment.
Pester is used for example to test PowerShell Core and Pester itself.

In this blog post, I’ll do a short introduction to Pester with Installation and basic checks examples.

I will now show you a very basic Pester test.
Let’s say I want to write a Pester test for the following PowerShell function.

This is a very basic function that reverses the string characters. This is the output:

Now that I have a working function I can start to write the Pester test.

The Pester function New-Fixture will create a template file for me but you could definitely create it yourself.
By convention, Pester test files should end with “Tests.ps1”.

The Tests file has been created.

I already edited the file and wrote the test.
This is what a Pester test looks like:

Pester is very declarative and easy to read.
You can ignore the first 3 rows in the Tests file, they came from the New-Fixture function and just dot sources the function to test into the PowerShell session.

The main commands with Pester are Describe, It, Context, and Should.

Describe is a block that contains tests. You will often have one Describe block for each function you want to test.
Context blocks are like Describe, they contain It blocks. They are optional and are useful to organize your test code.
The It block is the one that actually contains the test. The It block should have an expressive phrase describing the expected test outcome.
Finally, the Should command defines the test condition to be met. If the assertion is not met the test fails and an exception is thrown up. I used the -Be parameter. Many more are available like -BeFalse, -BeGreaterOrEqual, -BeLike, -Contain, etc.

In this example the test is simple. I set the expected value that I should get and I compare it to the actual value returned by the function.

Now let’s run the test itself with Invoke-Pester.

Also, running Invoke-Pester without any parameter will run all the “Tests.ps1” files in the current location.

So, everything is green. We can see that one test was performed and it Passed.
Now let’s say another developer worked on the Get-ReverseString function and the latest change introduced a bug.

Function behavior has changed and the Pester test will now throw a beautiful exception: 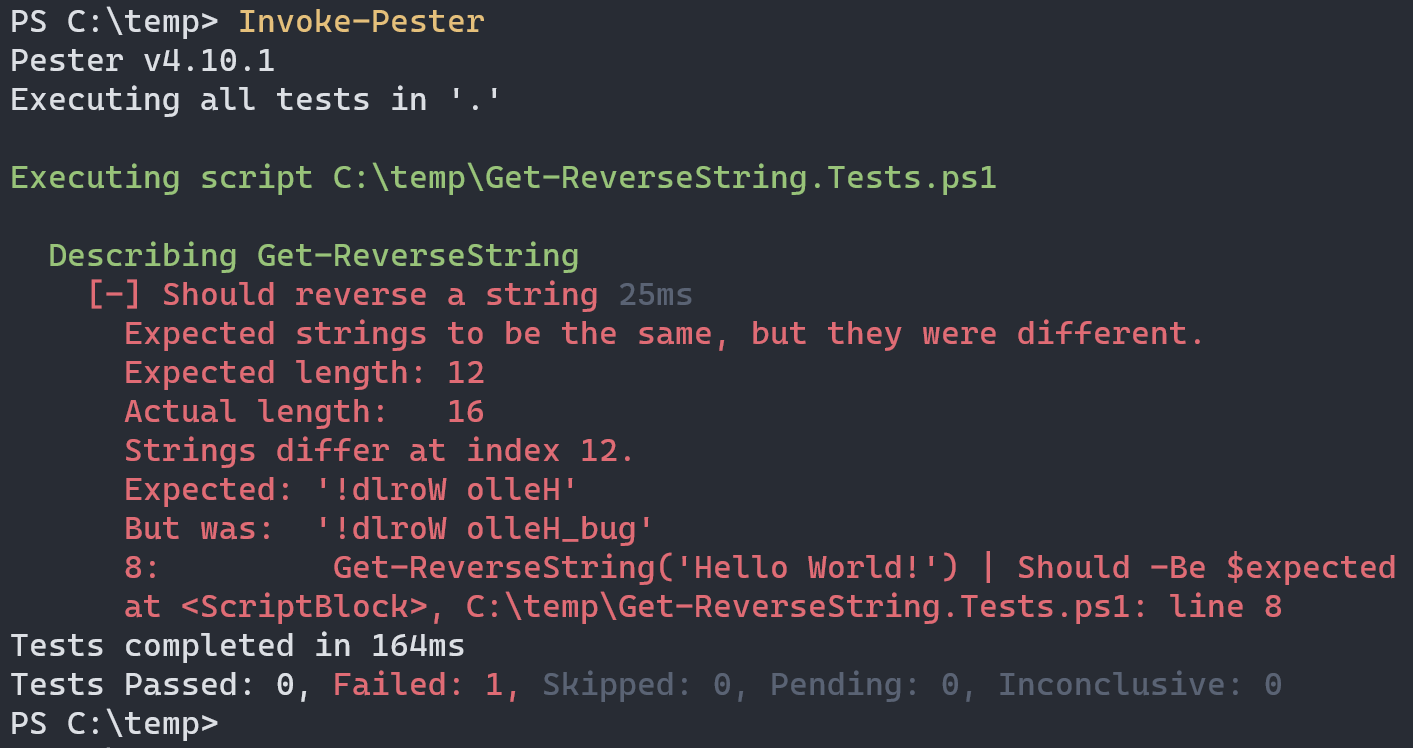 What is great is all the details (in red color) we can get when a test fails.

Pester is often used by sysadmin to do infrastructure testing. Your environment changes frequently and you need to be sure that your infrastructure is aligned with your standard.
Here are a few examples of such tests. The test is done directly inside a Pester code block not using a function like I did previously.

Check that my Windows Server Power Plan is set to High Performance.

The best practice for SQL Server disks is to have an allocation unit size of 64 KB, here is the check:

Here I used the dbatools command Get-DbaErrorLogConfig to get the number of files configured for my ErrorLog. My best practice is to have 30 files instead of 6 by default.

When all put together the output of the Tests looks like this: 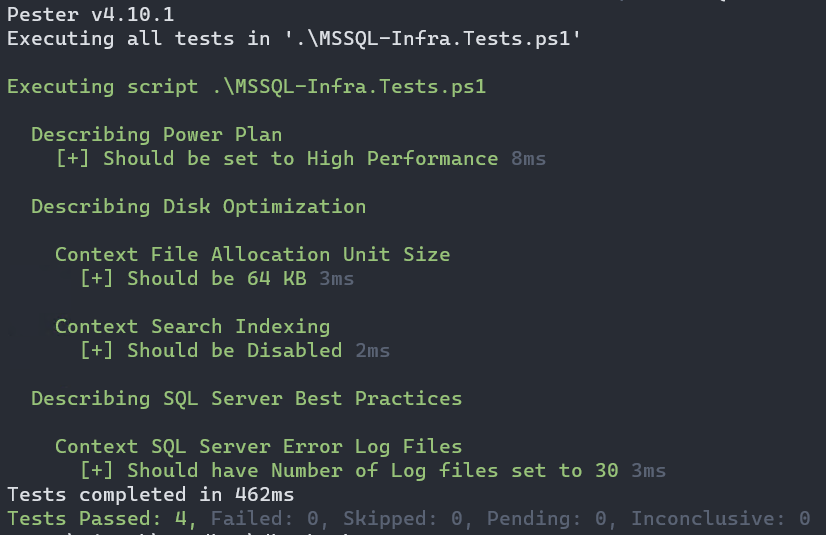 As you can see I can easily validate that my SQL Server infrastructure is configured as expected.

Code Coverage is the percentage of lines of code that is tested by unit tests.
It’s an indicator of how thoroughly your code has been tested. Having 100% coverage doesn’t mean that the code is bug-free, it just indicates that all your code is being executed during the test.

If I add some code to my Get-ReverseString.ps1 file, the -CodeCoverage functionality will tell me exactly what is not covered by tests: 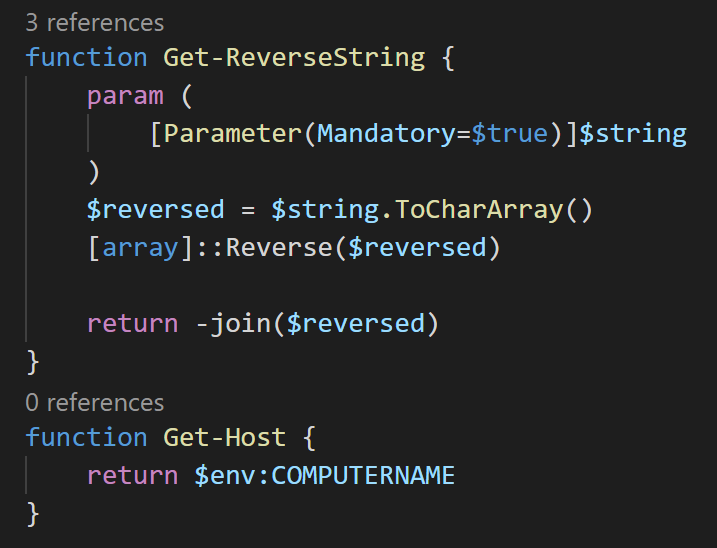 This blog post was just to get you started on learning Pester. There are a lot more possibilities with Pester. I might cover some more advanced usages a future post like the TestDrive or Mocking.
Here are some resources I’d recommend:

You can find all the code from this blog post on GitHub.

23.01.2023 by Steven Naudet
We use cookies on our website to provide you with the most relevant experience by remembering your preferences. No personal data is stored. By clicking on "Accept All", you consent to the use of ALL cookies. However, you can visit "Cookie Settings" to provide controlled consent. Read More
Cookie SettingsReject AllAccept All
Manage consent